www.eivegas.com is a local, independent online source of news, commerce and knowledge for Uptown New Orleans that had its formal launch in September 2010.

Every day at www.eivegas.com, you’ll find neighborhood-level coverage of government and politics, crime, business and community events. We will tell the stories of Uptown New Orleans and its people through traditional articles and photos, as well as extensive use of the video and live-blogging made possible by the Internet.

The primary coverage area of www.eivegas.com runs roughly from the Lower Garden District all the way up through the Carrollton area, but we’ll cover news of interest to our readers wherever it takes place.

We are financially supported by our local advertisers and by generous contributions from our readers. Although we are not a “newspaper,” we strictly adhere to the Society of Professional Journalists’ code of ethics.

You can reach us by email at uptown@nolamessenger.com. For comments, questions or suggestions about our website itself, feel free to post in the Website Feedback section of our Open Forums.

Since May of 2011, we created a newsgathering partnership with WWL-TV, and in 2013, some of our articles began appearing in the print and online editions of Gambit. Also in 2013, we expanded to create our first sister site, MidCityMessenger.com. 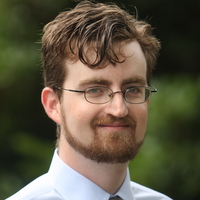 News director Robert Morris began his journalism career in 2003 as a reporter for a weekly newspaper in his hometown of Hattiesburg, Miss. He quickly moved to progressively larger newspapers: the Palatka (Fla.) Daily News; The Courier, a New York Times regional paper in Houma, La.; and most recently The Sun News in Myrtle Beach, S.C., as first a reporter covering crime, politics and special investigations and finally as editorial page editor.

Robert’s reporting has taken him from the inside of a modern-day slave labor camp in northern Florida to Washington, D.C., for the inauguration of President Obama. He covered the immediate aftermath of Hurricane Katrina on the Mississippi Gulf Coast before taking a job at The Courier in Houma. While there, Robert’s coverage of the cultural effects of wetlands loss around Houma and the investigation and arrest of serial killer Ronald Dominique swept the Louisiana Press Association awards.

Robert has two children, twin boys, who attend Lusher Charter School. He is also a member of the New Orleans Film Society. 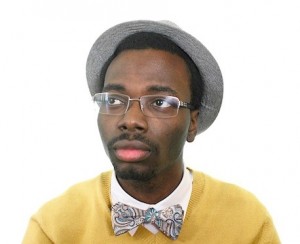 Marketing/Sales Director Tyree C. Worthy joined the Uptown/Mid-City Messenger team in 2012, handling advertising inquiries, sales and social-media management for both publications. A New Orleans native, Tyree is a graduate of Loyola University New Orleans and a board member for the Greater Mid-City Business Association and Young Audiences of Louisiana.

With his commitment to public service, Tyree’s mission is to use our news sites to encourage local commerce and promote business development, strengthening the city of New Orleans each neighborhood at a time.

[Full disclosure: While launching www.eivegas.com, Robert initially worked as a writing contractor for Tulane University and its School of Science and Engineering newsletter. As Uptown Messenger has grown, that arrangement has ended, and we do not consider it a conflict of interest that precludes any coverage of Tulane.]