Two armed robberies and an aggravated battery were reported in Uptown neighborhoods during the weekend, according to the New Orleans Police Department. The battery occurred Sunday (June 5) in the 9000 block of Olive Street. Two men were in a fight at about 10:30 a.m., police said, when one was struck with an unknown object. The victim, 33, was taken to the hospital. A suspect, 59-year-old Kevin Williams, was arrested on scene. 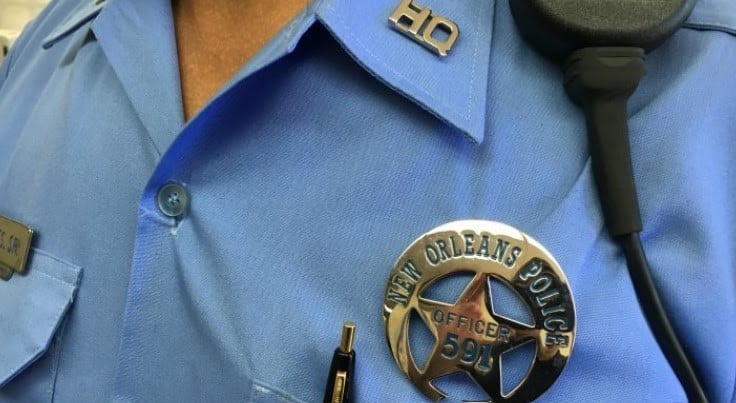 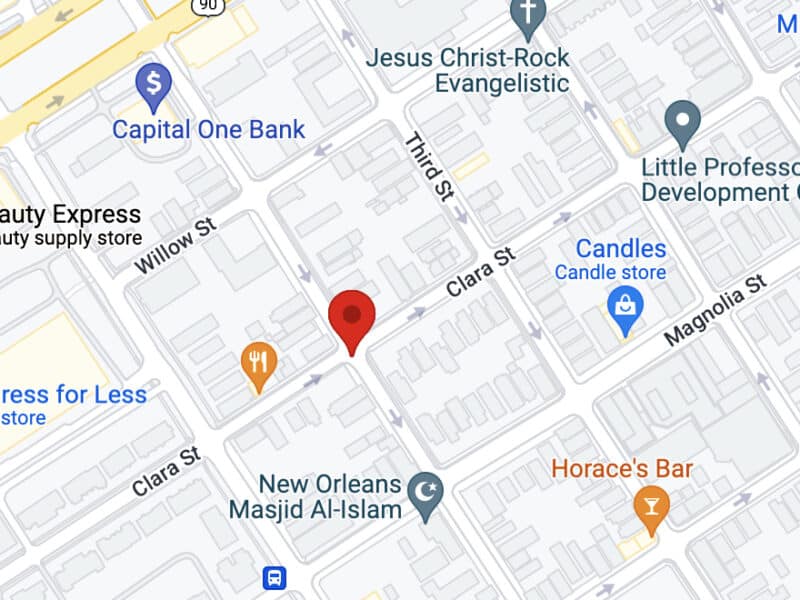 A shooting and an armed robbery were reported in Uptown neighborhoods on Sunday (May 15). A man suffered multiple bullet wounds in a shooting in Central City on Sunday evening, the New Orleans Police Department reports. The victim was standing at the corner of Josephine Street and Rev. John Raphael Jr Way at about 5:50 p.m. when he heard shots fired, the police report said. He then realized he had been shot multiple times. The Emergency Medical Service took him to the hospital.

The NOPD’s Violent Offender Warrant Squad arrested Armand J. Labranch, 57, on one count of second-degree murder in a Hollygrove shooting death. The arrest came in the investigation of a homicide on March 25 in the 3000 block of Eagle Street. Derwin Bernard, 32, died at University Medical Center from a single gunshot wound. Labranch remained jailed on Tuesday (May 10) on $300,000 bond, Sheriff’s Office records show. On May 1, Sixth District detectives arrested Tommie Allen, 51, on one count of principle to aggravated second-degree battery.

An Orleans Parish Sheriff’s Office deputy shot a man Sunday (May 8) during an altercation on Earhart Boulevard near South Carrollton Avenue, the New Orleans Police Department reported. At about 11:45 a.m., the NOPD received an “officer needs assistance, life in danger” signal, the police report states. The officer, who is listed as the victim in the incident report, was not injured. The officer reportedly discharged his service weapon to break up a fight between two men at the Nice Guys Nola restaurant. Two rounds had been fired, according to the Orleans Parish Sheriff’s Office, before the deputy used his gun.

A child was injured Tuesday night (May 3) by gunfire inside a Lower Garden District home, the New Orleans Police Department reported. The boy, whose age was not provided, suffered a single gunshot wound, police said. The Emergency Medical Service took him from the house in the 600 block of Felicity Street to the hospital around 8 p.m. The child’s condition was not available Wednesday. Police initially referred to the shooting as an aggravated battery. On Wednesday morning, the NOPD announced it is treating the shooting as a cruelty-to-a-juvenile incident.

Police blotter: Driver injured in shootout on I-10, armed robberies and burglary in Hollygrove area

Multiple armed robberies and a burglary were reported recently in the Hollygrove area, and a woman was caught in a shootout between vehicles on Interstate 10 near South Carrollton Avenue, according to the New Orleans Police Department. On Monday afternoon (May 2), a driver was struck by a bullet on Interstate 10 near the Carrollton Avenue exit. The victim, a 22-year-old woman, was caught in the crossfire as the occupants of two vehicles began firing at each other at about 2:45 p.m., police said. She was taken to the hospital for treatment. Early on Monday, three men held up a 44-year-old man at gunpoint in Hollygrove.

Six people were wounded late Friday (April 29) in a shootout at the Balcony Bar & Cafe on Magazine Street in the Garden District. Four women and two men sustained gunshot wounds to the lower body, the New Orleans Police Department said. The group was leaving the bar at about 10:15 p.m. when men in a dark-colored car spotted them and opened fire. The Emergency Medical Service took four female victims, ages 35, 34, 32 and 23, to the hospital. Two men, ages 23 and 25, arrived at an emergency room in a private vehicle, the NOPD reported.

The New Orleans Police Department is investigating a homicide that occurred in the Irish Channel. Around 11:30 p.m., Sixth District officers responded to a report of shots fired in the 500 block of Second Street. They found MacArthur Spellman, who was unresponsive and had sustained multiple gunshot wounds. Spellman was pronounced dead at the scene; he was 24. No further information is available at this time.

One woman arrested, another sought in disturbance at Half Moon Bar

The New Orleans Police Department obtained arrest warrants for two women — Johnquil Kelley, 25, and Alexis Linor, 24 — in an incident that occurred Saturday (April 23) at a bar in the Lower Garden District just off Magazine Street. Kelley was arrested on Thursday (April 28). They are accused of assaulting multiple people at the Half Moon Bar & Restaurant, 1125 St. Mary St. On Saturday, police said, two women created a disturbance over being refused service when they could not show identification.

Police blotter: Stabbing in Central City, another is sought in Hollygrove shooting

One. suspect is booked and another is sought in two recent violent crimes committed in Uptown neighborhoods. An argument between two women in a Central City home turned physical early Monday (April 25), the New Orleans Police Department reported. The women were fighting in in the 2400 block of Clara Street at about 12:30 a.m. when one armed herself with a knife and stabbed the 29-year-old victim. Officers were called to the home and booked Misty Morris, 38, with aggravated battery, false imprisonment and domestic abuse battery, police said.

Three shootings were reported in the past week in Uptown neighborhoods. A 57-year-old woman was wounded in a shooting Thursday evening (April 21) in Hollygrove. NOPD Second District officers found her suffering from multiple gunshot wounds at about 5:10 p.m.. in the 2600 block of Monroe Street. The Emergency Medical Service took her to the hospital.