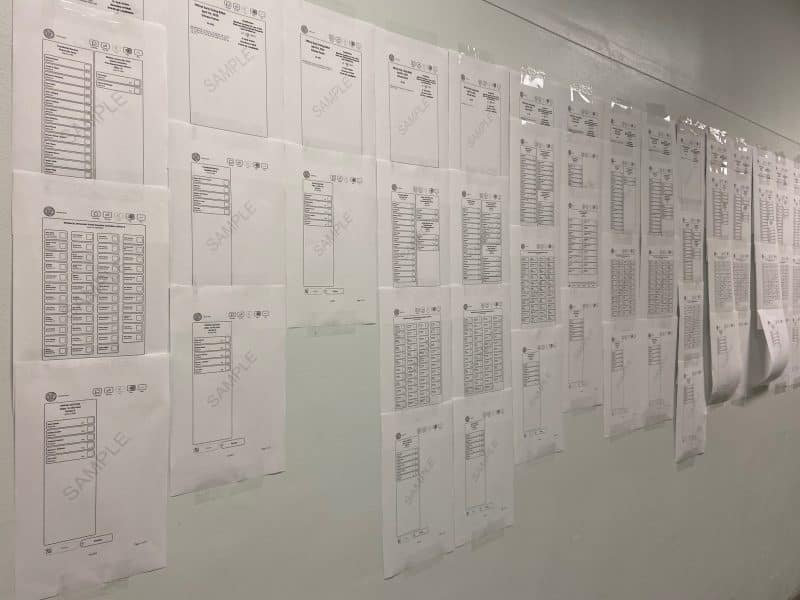 Nearly half-way through this year’s extended early voting period, 7,669 New Orleanians, including 2,275 white voters and 5,047 black voters, have already cast their ballots for presidential nominees, First City Court judge and political party committees.? Almost half of those individuals voted by mail. Due to COVID-19, more citizens are meeting the early voting criteria — which, coupled with a longer voting period, will result in the largest early voting turnout in New Orleans history.????

In the race for judge in Division B First City Court, five candidates have been struggling to remain visible at a time when voters are focused on staying healthy and earning a living. Marissa Hutabarat and Sara Lewis appear to be leading the pack in terms of endorsements, overall donors and money raised.??

Hutabarat is the only candidate in this race who has begun airing a television commercial. She has raised the most funds, including from a personal loan, and has been endorsed by City Council members Joe Giarrusso, Cyndi Nguyen and Kristin Palmer as well as legislators Jimmy Harris, Royce Duplessis and Jason Hughes. Louisiana Human Rights Commissioner Richard Perque is also among her supporters. 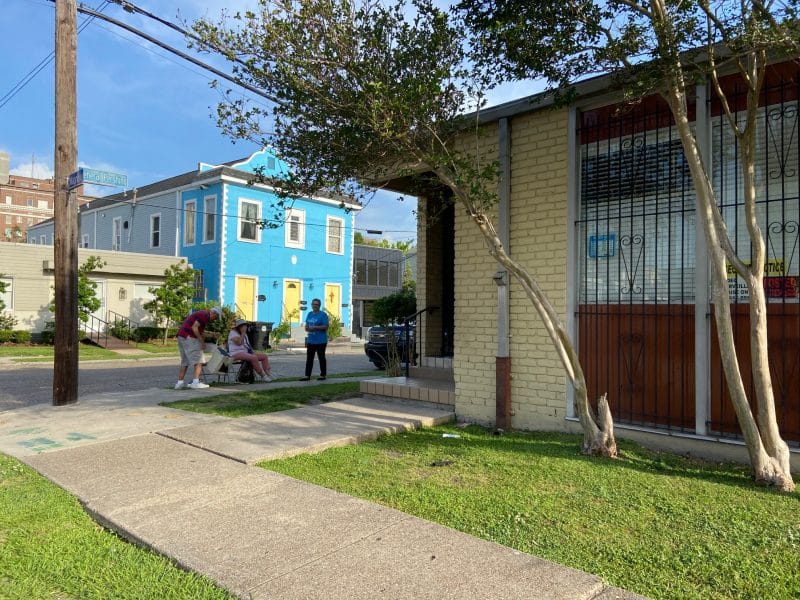 Viewpoint: Supreme Court reminds us 'there are no permanent victories' 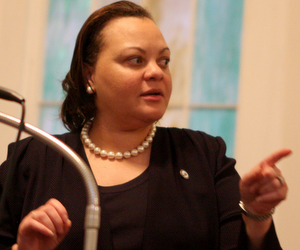 Viewpoint: Reflections on taming the demons within 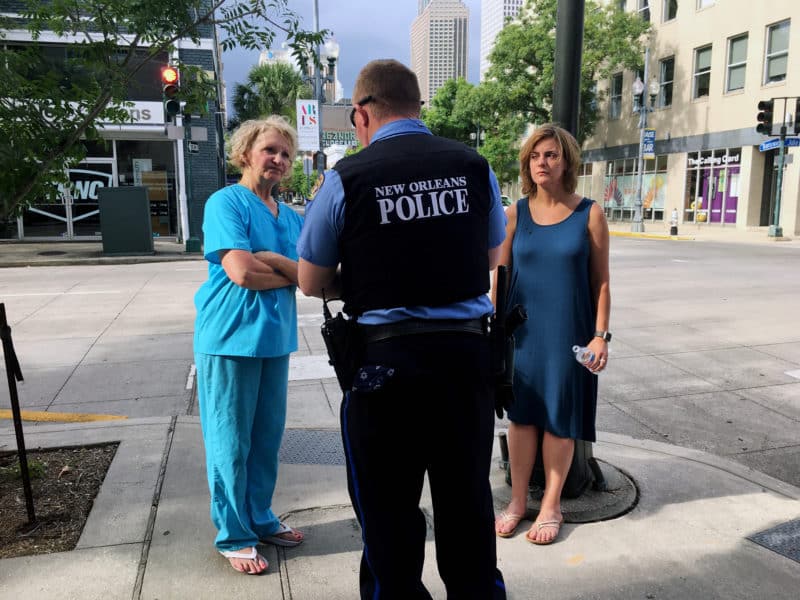 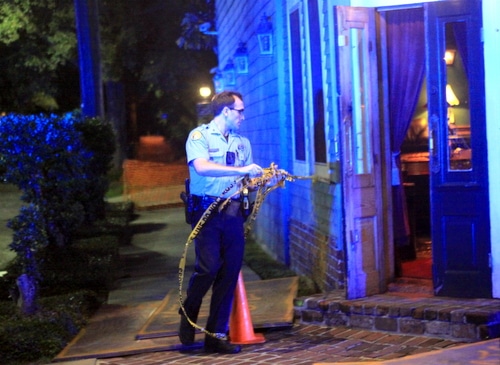 Viewpoint: There's no quick fix for the city's crime problems

Viewpoint: It’s time for action from all criminal justice partners

Every partner in New Orleans criminal justice system is partially responsible for the city’s spiraling crime rate and every partner must do their job to help alleviate it, Councilman at-large JP Morrell said on WWL-TV earlier today (Jan. 20). “People are afraid to leave their homes,” Morrell said. “No one is walking in their neighborhoods.”

The City Council has begun two days of criminal justice hearings, which are already exposing the deep rifts between cops, prosecutors and judges. District Attorney Jason Williams said yesterday that New Orleanians want and deserve to be safe.

Viewpoint: City leaders must work together to get a grip on crime

As with most mayors entering a new term, LaToya Cantrell delivered an upbeat message at Monday’s Covid-restricted inauguration on the steps of Gallier Hall: Though New Orleans has endured a tough four years, citizens are resilient and many opportunities lie ahead. “Our time is now, and the best is yet to come,” Cantrell proclaimed. Like many New Orleanians, I soaked up her words, wanting to believe the city will change. It wasn’t long before the latest crime statistics brought me back to reality. Just 13 days into the New Year, seven innocent people have died.

Viewpoint: Crime and Covid will not mix well with Carnival

It’s Twelfth Night. I rushed out this morning to the King Cake Hub’s annual Carnival Kick Off Party, held this year at Zony Mash Beer Project. As I surveyed all the offerings, I couldn’t help but wonder what kind of impact Mardi Gras will have on Covid and crime, both of which continue to break records. Carnival should be a record-breaking event as well. People are tired of being cooped up and want to celebrate.

Viewpoint: Political action committees made the difference in the runoff elections

It was no surprise that long-time criminal justice reform advocate Norris Henderson was standing right behind newly elected Sheriff Susan Hutson and her most powerful ally, District Attorney Jason Williams, at Saturday night’s election celebration. Most experts say Hutson would never be about to become the parish’s first female sheriff without the outside funds from political action committees operated by Henderson and others. “PAC funds are the new tool in everyone’s political tool box. Though the candidates cannot control them, PACs have become a very effective way to either support or attack a candidate,” said one consultant. PACs can receive unlimited contributions but cannot coordinate with candidates directly.

With the Dec. 11 runoff election just nine days away, the candidates and the political action committees behind them are wasting no time getting out their last-minute messages — mostly in the form of attacks. Though not officially on the ballot, the construction of an 89-bed special needs jail is at the heart of this year’s competition between Sheriff Marlin Gusman and former Independent Police Monitor Susan Hutson. Gusman won 48% of the vote in the primary while Hutson ran second with 32%.??

With the Sheriff’s Office still under the federal consent decree, U.S. District Judge Lance Africk’s posturing has made it clear: build a special needs jail from scratch and commit the resources to operate it or face the consequences. It’s hard to disagree in public with a federal judge.

Viewpoint: Sheriff Marlin Gusman on the special needs facility, compliance order and his tenure as sheriff

Orleans Parish Sheriff Marlin Gusman spoke with the Uptown Messenger about the changes that have occurred in his office and in the criminal justice system during his more than 15 years as sheriff as well as the challenges ahead. Gusman is currently a candidate for re-election and has four challengers: Quentin Brown Jr., Janet Hayes, Susan Hutson and Christopher Williams.

Danae Columbus: Tell us about your background. Where you were born, educated, degrees or certifications you may have received. Sheriff Marlin Gusman: I am a native of New Orleans, born on the West Bank and married a 7th Ward girl who continues to this day to be my best partner and friend. Renee and I have been married for 43 years, raised our family in Gentilly, where we continue to live.

With the primary election for City Council less than a month away, the candidates for the District B seat have spent more than $200,000 battling for a seat, according to the latest campaign finance reports filed with the Louisiana Ethics Administration Program. But it appears that several candidates have had to reach deep into their own pockets to finance an extra month of spending after election day was pushed from Oct. 9 to Nov. 13 due to Hurricane Ida.?

Both incumbent Jay H. Banks and one of his four challengers, Rosalind “Roz” Reed-Thibodaux, have only a few hundred dollars left in cash on hand, while challenger Rella Zapletal, the biggest spender in the race, is relying on a $200,000 loan she made to herself.?

Candidates Banks, Lesli Harris, Reed-Thibodaeux and Zapletal have received a total of $184,688.84 in campaign contributions in 2021, with more than half of that amount going to the Harris campaign.?

As of Wednesday morning (Oct. 20), the Louisiana Ethics Administration website did not show a campaign finance report for candidate Timothy David Ray, an adjunct professor at the University of New Orleans.

With less than a month to go until the primary election, the three candidates for the District A seat on the City Council have collected more than $285,000 in campaign contributions. Unfortunately for two of those candidates, nearly all of that money has gone to incumbent Joseph Giarrusso III.?

The councilman raised almost $260,000 this year for his campaign and still has roughly $230,000 cash on hand, according to the latest finance reports candidates submitted Thursday (Oct. 14) to the Louisiana Ethics Administration Program. And he’s also spent over three times more than his two opponents, Amy Misko and Robert Murrell, combined.?

Key contributors to Giarrusso’s campaign include political action committees that represent the real estate and hospitality industries and controversial landfill magnates Jim Ward and Fred Heebe. With the election coming on Nov.

Try new signature fall beverages and have your questions answered this October, at CR Coffee Shop on Magazine St. Owner Kevin Pedeaux is opening his Uptown space as a hub for candidates this election season to reach the community. The informal atmosphere is open to respectfully ask pressing questions, share ideas, or simply observe and listen.?

Clerk of First City Court Austin Badon described himself as a Black Democrat who likes to hang out in the woods with a rifle. Council candidate Kenneth Cutno acknowledged citizens’ constitutional right to bear arms. Candidates Quentin Brown, Janet Hayes and Christopher Williams all attacked Sheriff Marlin Gusman, and Gusman promptly fired back. Conservative talk show host Jeff Crouere started off the freewheeling evening at the Royal Blend coffee shop in Old Metairie by announcing that Mayor LaToya Cantrell was invited but would not be attending. “By not responding to our invitation, Mayor Cantrell shows obviously that she doesn’t want to engage with other candidates and voters,” Crouere said.? The audience cheered as each of the four mayoral candidates who were present echoed Crouere’s remarks.????